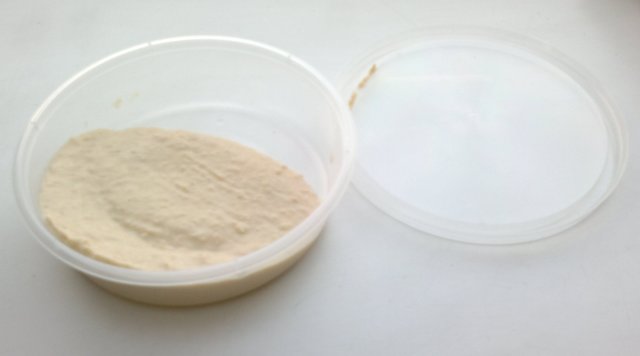 Zorba The Greek Takeaway was reviewed by Ewan Parker on 31st May 2013. A minuscule portion at a high price. It really pains me to give my first ever not-so-perfect review. Viaduct Road has recently attracted many new establishments which have all proved to be a good addition to the West End. I just noticed this new Zorba place had opened so thought I would give it a try. I felt the prices were a bit steep so settled for something cheap – i.e. houmous at £2.95. I thought the bag felt a bit light upon leaving, but upon opening a couple of minutes later I found out why. It looks like a couple of spoons of houmous, and that's it! I used a teaspoon to make it last, but it was still only four teaspoons of food at just shy of 75p per teaspoon-full. It was slightly under-seasoned, but not unpleasant to eat though.

Hence Zorba The Greek Takeaway receives a rating of 1 out of 5.

Sounds like Tesco is the best place for you.
Most Greek restaurants charge between £3 -£4.95 for Houmous!
See for yourself:
http://www.kalamarastavern.com/menu.htm#
http://the-olivegrove.co.uk/wp-content/uploads/2013/05/dinner.pdf
http://www.retsina.co.uk/menu/menu1.htm

My wife and I found this place amazing both in value and taste and now visit regularly. We need this place in Chelmsford and will support it as much as we can. All our friends have also been very impressed and have become regulars. This is a new Restaurant/Takeaway with many overheads trying to survive in a very difficult time, so I suggest if you simply want a tub of Houmous at Tesco prices then you know where to go!